On Wednesday afternoon there was a tremendous crack of lightning and pfft, our power went off. It was restored 24 hours later, though our internet connection has only just been sorted out. There's a scorch mark on the floor where an electrical adapter melted, but thankfully there's remarkably little damage. There was no rain to accompany the thunder and lightning, sadly. We really need rain.

I went on tatting through the outage, but without the internet was restricted to patterns that I already had to hand.  That was no great hardship! 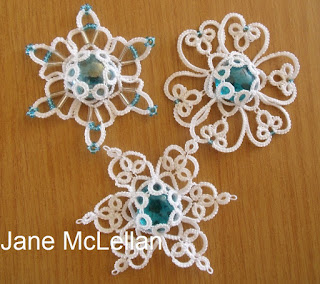 I have a new bag of turquoisey blue 'gems': 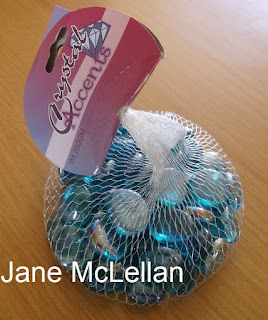 I think they combine well with white thread, though I'll try other colours too, of course.
Posted by Jane McLellan at 5:18 AM