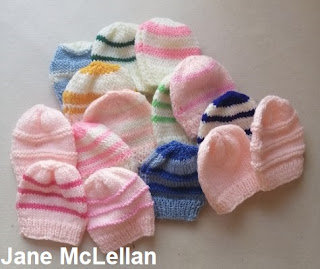 There's an appeal out for beanies for prem babies in  local hospitals. I took along some baby yarn and this pattern, which is clear and just one printed page, to the craft group and asked if anyone would be willing to take up the challenge. Sure, the keen knitters said, and got to work straight away. I think they like to be able to contribute to a worthy cause.
Posted by Jane McLellan at 6:36 AM 3 comments: 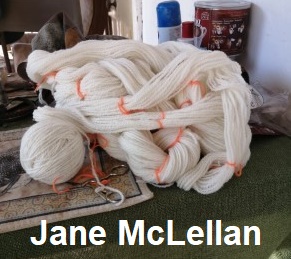 I forgot to take a photo of the second pair of gloves before I delivered them last week. The buyer asked for a third pair, so I set to spinning up another batch of wool.  Jack's weather forecast said it was going to rain on Sunday, so I hurried and scurried to get it spun, washed and dried before then. His weather report was right, so I was glad I did.
Posted by Jane McLellan at 1:26 AM 5 comments: 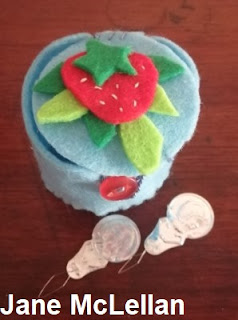 The members of the craft group that I help all like sewing, but some of them struggle to thread the needles necessary to do it! Yesterday my neighbour brought me two needle threaders to help with the job. Wikihow has a tutorial explaining exactly how to use the needle threaders.

Our project for this week is a little felt case. The Pinterest entry came from Never Not Knitting  though I can't find it on the website itself. I just copied the picture. I saw another picture on Pinterest where someone else had done the same and used the little case as a home for her tape measure. I can't find it again either, but I think it's a good idea. I thought it would be a good place to keep the little needle threaders too: 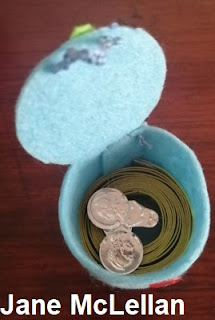 The Pair Is Done 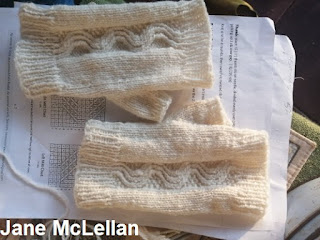 I made this pair a little longer than the pattern, at the request of the lady who ordered them. She has ordered a second pair, which I'm working on now.

Jack had an ECG device strapped to him this morning, which he must wear for 24 hours. I'm tasked with keeping a record of his activities. At the moment he's watering the garden.

Of Chickens And Gloves

I delivered one pair of fingerless gloves yesterday and am working on the next order, using the same pattern, Nalu by sparrowhawk on Ravelry, but knitting the bigger size. 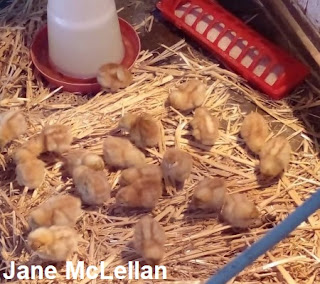 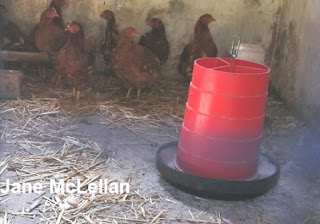 We collected 20 day old chicks this morning. Jack's plan is to raise them to point of lay, which takes about 20 weeks, and then sell them. I already have orders for one batch of 6 and another of 5. The ten that he bought earlier should start laying at the end of the month. We will keep five of them, and I have a home for the other five. I'm looking forward to having home grown eggs. 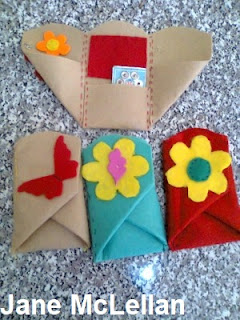 I think I've found someone to take the clay off my hands, so I can abandon trying to master a clay project before I get the oldies in the craft group to do it. Instead, we made travel sewing cases on Friday.  The original, which I found on Pinterest, has a layer of fabric with a felt lining, but to simplify things, I just used felt. It means there's nowhere to hide! So I made the stitches decorative. We'll be making more this week, which saves me thinking up something else. 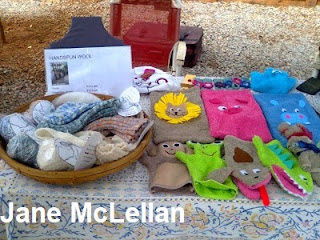 I spent Saturday morning at the market. It was quiet, maybe because it was a chilly day, but I sold a pair of socks and  some gloves, a couple of puppets... I also have orders for two pairs of fingerless gloves. I bought an assortment of things, from pansy seedlings to peppercorns, and had some very interesting conversations. 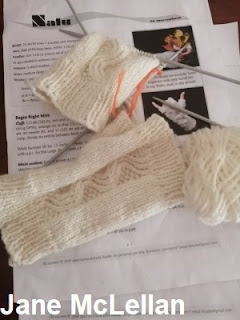 Sunday  I made a start on the gloves. I hope to finish later today. 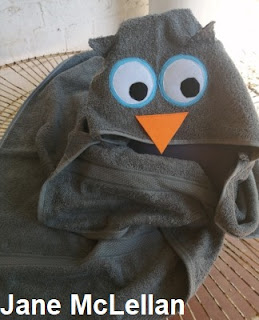 This morning I made an owl towl for the second towel ordered. I had to box clever (as my father would say) to do the 'ears', cutting them out from the bit I cut off the top, and backing them with black felt. The label says the colour is 'charcoal' and I didn't have anything else to match it.
Posted by Jane McLellan at 3:58 AM 3 comments: 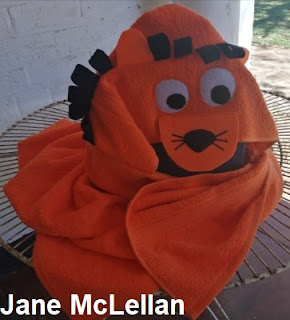 It was so long since I'd sold hooded towels that I'd more or less given up on them. Then last week a lady contacted me, came round here and bought all the towels I had in stock. Hooray! This week she ordered two more. I thought I could make them both this morning, but of course Mr Lion took longer than I anticipated. I'll make the second one next week, after the market. My plan for tomorrow's craft group meeting hasn't worked, so I need to make plan B for that this afternoon.