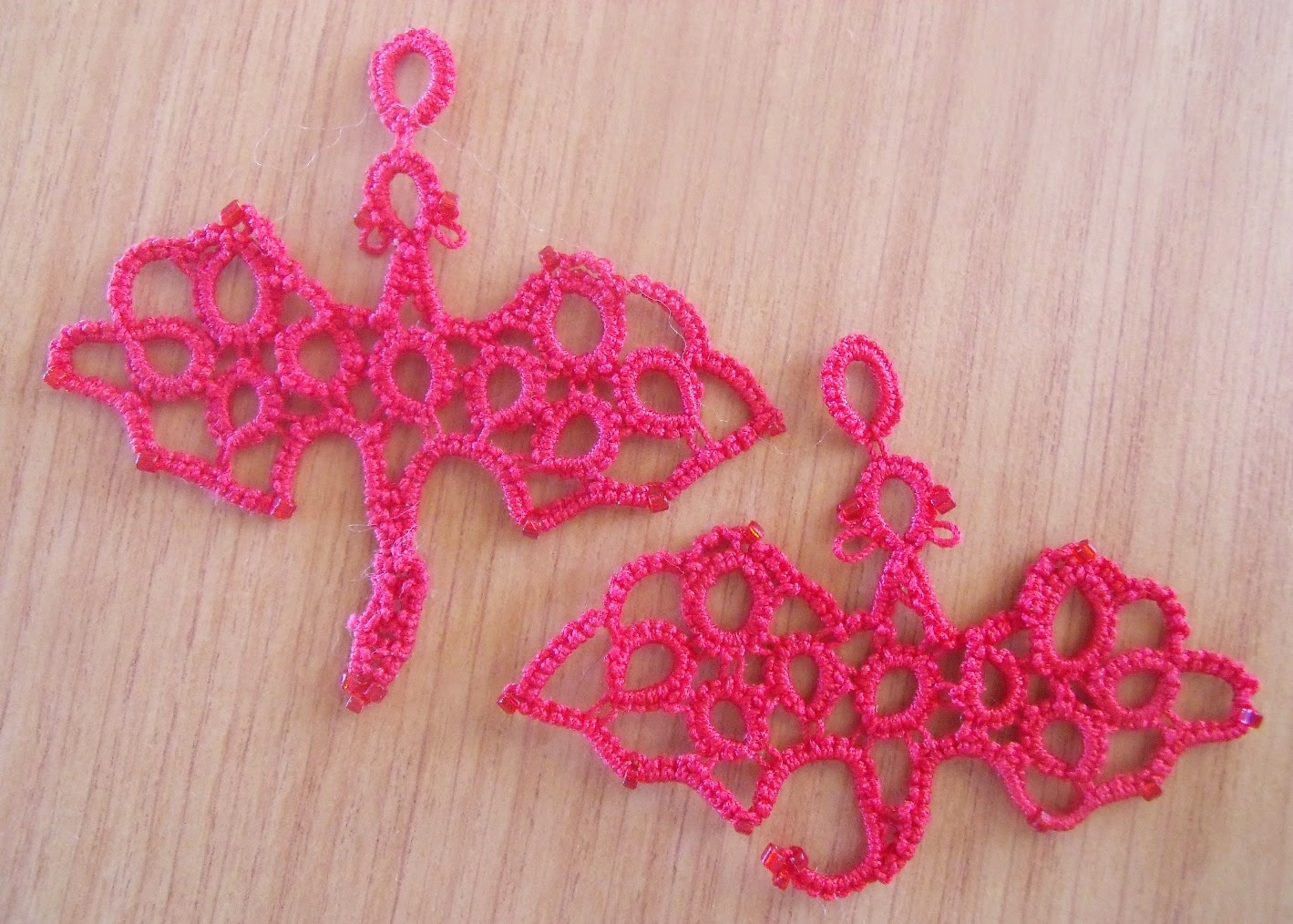 L. Shelby has only been tatting for a few months, but has invented this dragon pendant! When she showed it on InTatters, there was a call for the pattern, which she kindly provided as a diagram. In the notes to the diagram, she said that it was tricky to get the tail join neat. In spite of her warning, my effort looks messy and horrible. So I did the second one, on the right in the picture, starting at the tip of the tail instead of the base of the tail. I used L. Shelby's stitch count as before, but to me the proportions don't look right any more. This morning I tatted a 'false tail', just to try it out without retatting the whole dragon: 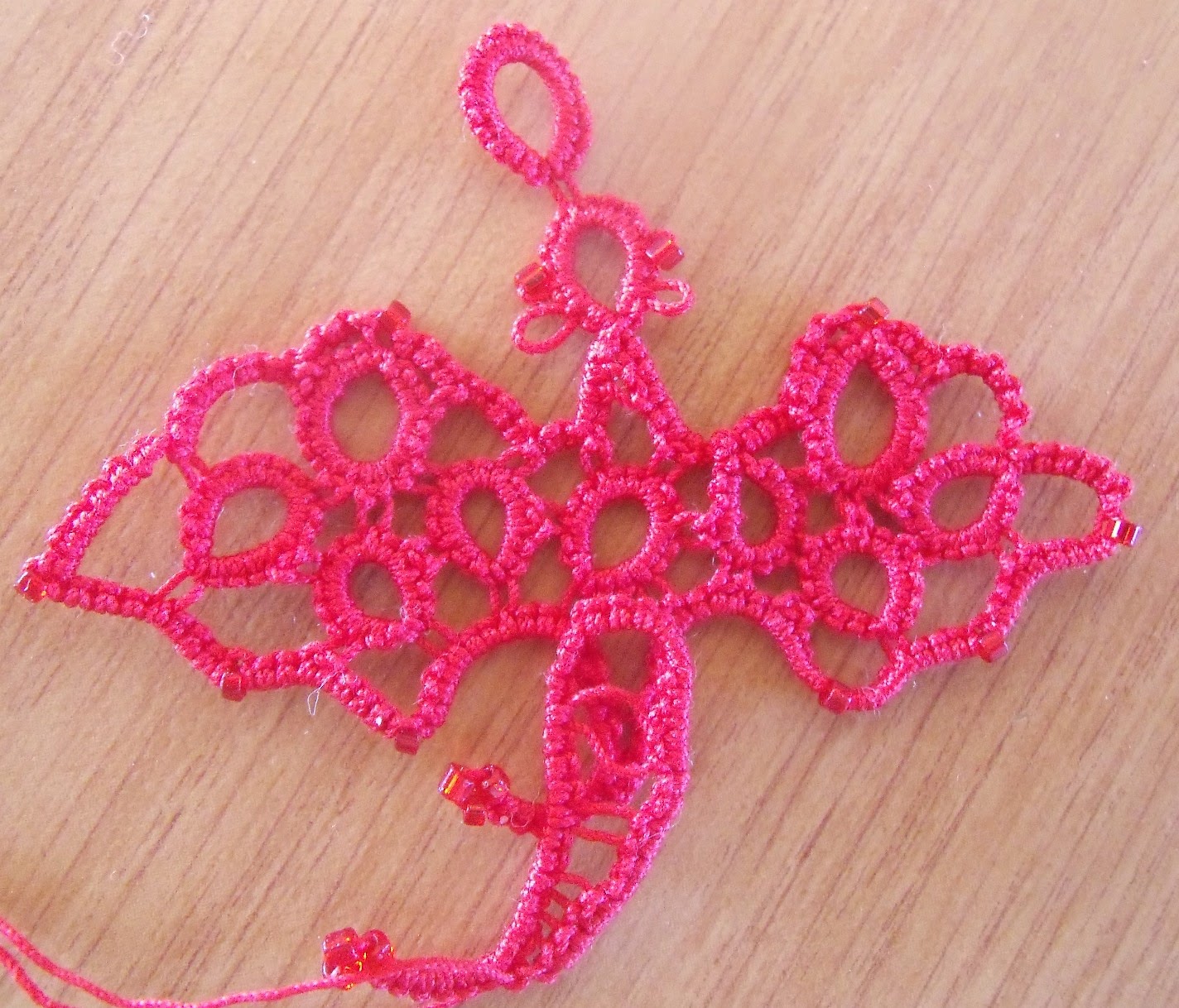 Is that better?
Posted by Jane McLellan at 12:25 AM