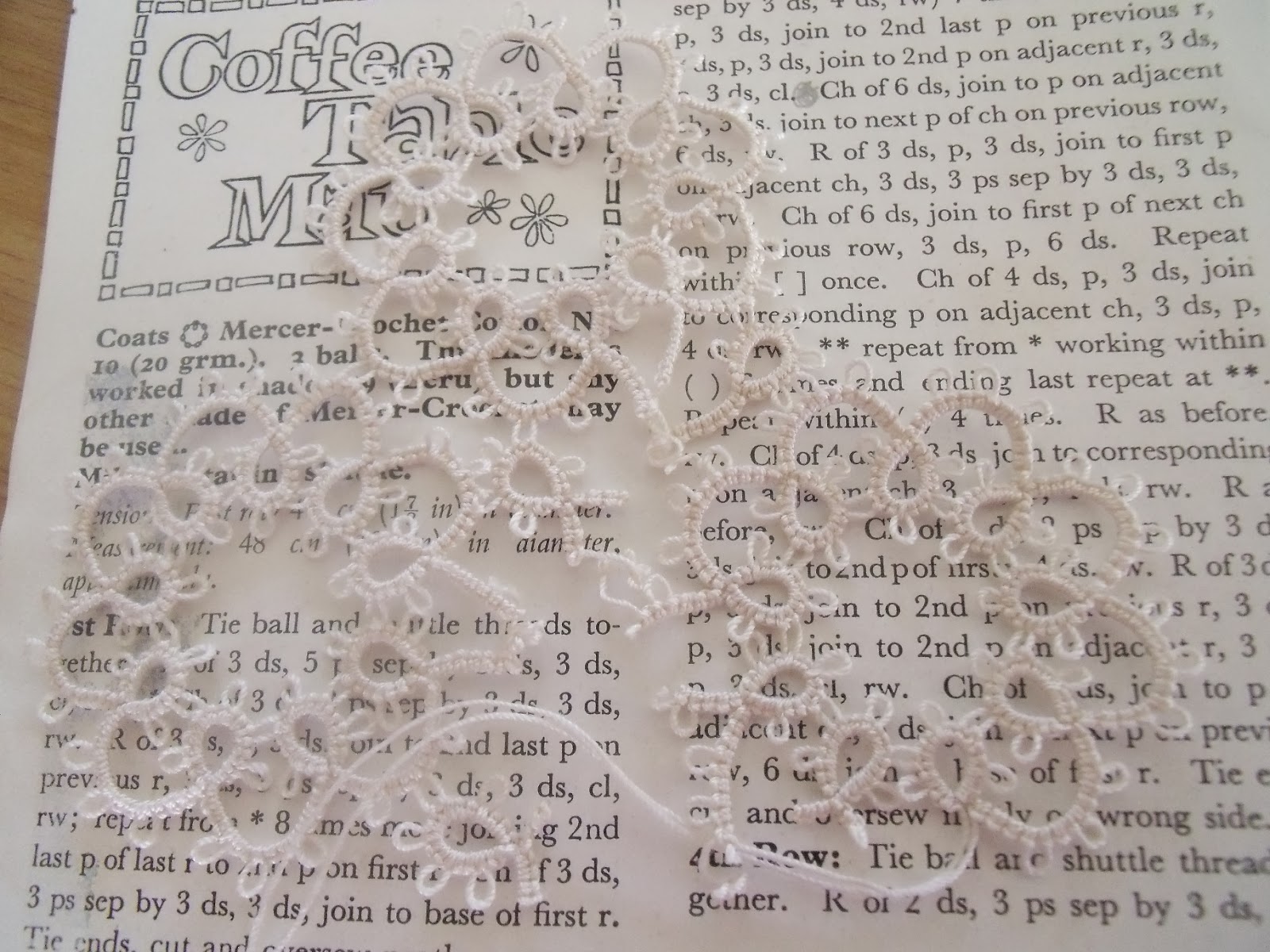 Is that what they call it in running races when someone sets off before the gun goes off? I had done three rosettes on round 3 before I realised that I really wasn't following the pattern correctly. For the simple rounds I rewrote the pattern in modern notation, but for this one I tried to follow all the brackets and stars and repeats without rewriting it. A mistake. Out came the scissors. I have it right now: 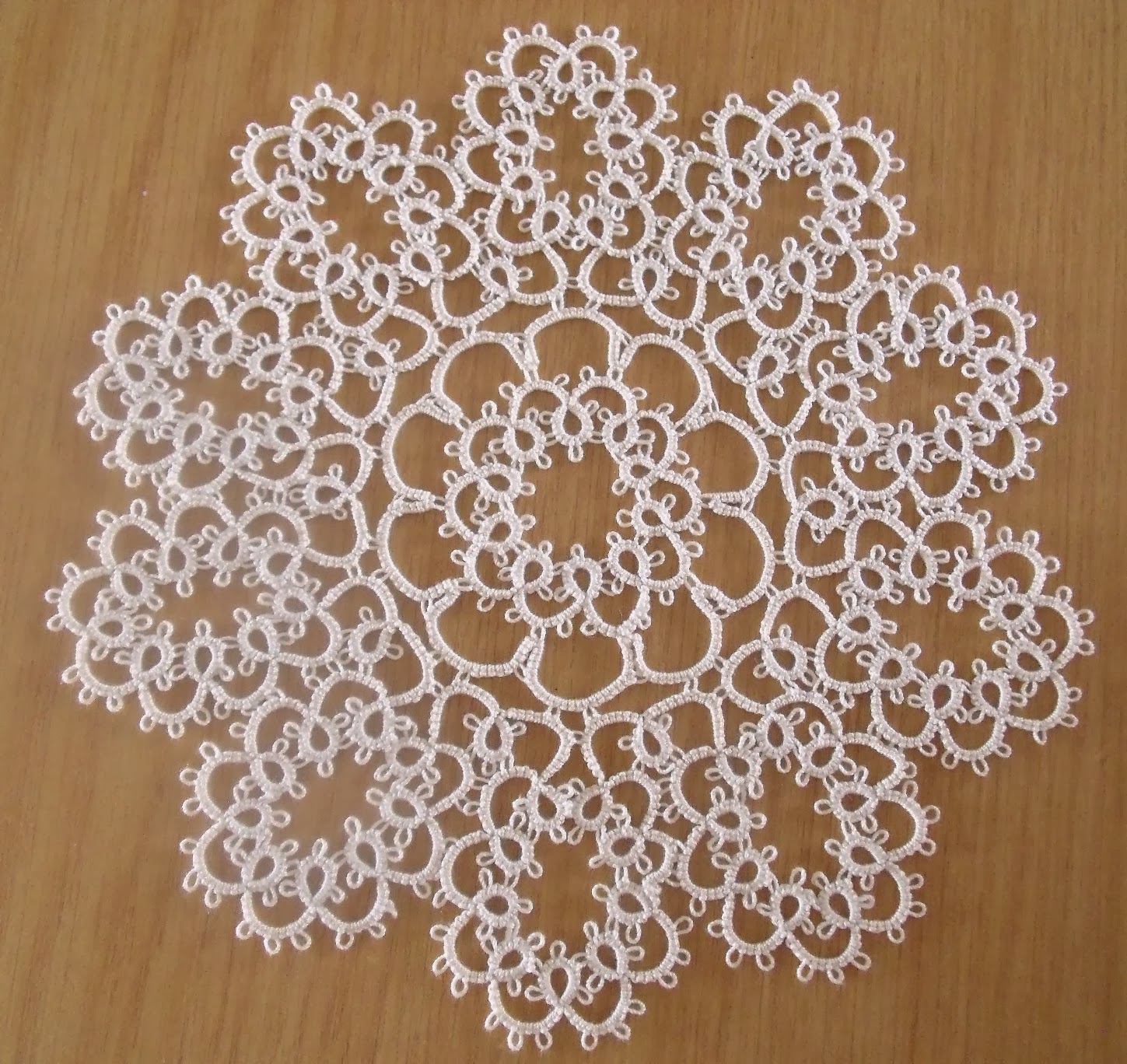 If you look carefully at the pattern above, you can see that it specifies size 10 thread. Goodness, it would be enormous. I think it's going to be rather large in size 20 thread. I'm using ecru Cebelia, because I have plenty of it and it feels traditional without being as demanding as white.
Posted by Jane McLellan at 1:53 AM