Mokala is the name of the game reserve south of Kimberley in South Africa that we visited this week. We really did see a lot of different animals in our drives around it, from rhinos to meerkats. Here are a few of them, photos that my daughter Penny took: 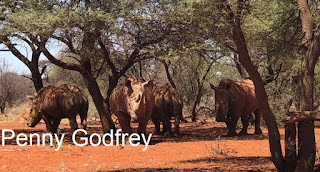 Four rhinoceros enjoying the shade near a waterhole. 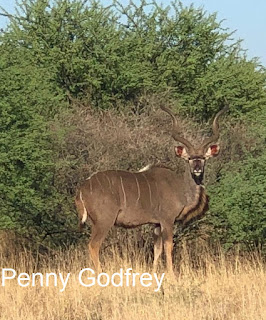 A kudu bull. Look closely to see his magnificent horns. 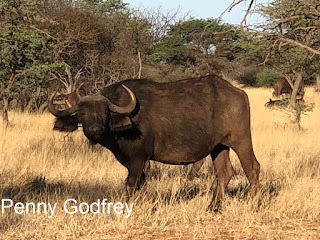 Buffalo. In the middle of the day, the herd was resting underneath trees, but when we went back later in the day, they were grazing very close to the road - perfect photo opportunity! 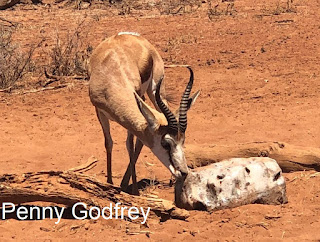 An unusual animal we saw was the quagga. A quagga was thought to be a different animal to a zebra, and had become extinct. DNA testing of quagga skins in museums showed that it was really just a zebra with a different coat pattern. So selective breeding has been used to 'resurrect' the quagga. In the photo below, you can see a 'conventional' Burchell's zebra on the left, and a quagga on the right - the quagga has fewer stripes than the zebra.

I did make a start on the body part of Annika's kangaroo, but still have a long way to go.
Posted by Jane McLellan at 11:43 PM