Not Such A Good Idea

When I made Jack's work shirts,  I had the bright idea that I would make the collars and pockets in different fabrics so that the shirts weren't all identical. Hmm. The pockets on two of them have worn out before the shirts themselves: 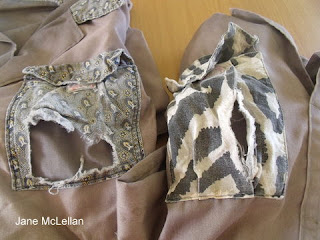 So it wasn't such a good idea after all. I'm allergic to mending, but replacing four pockets was going to take a lot less time and effort than making two new shirts, so I duly got on with it. I replaced the pockets with the original fabric: 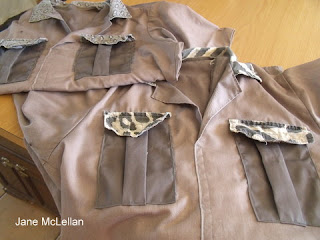 The shirts have faded somewhat, but they're still in good condition. Next time I'll make sure that the contrast fabric is strong, instead of just paying attention to its pattern.
Posted by Jane McLellan at 12:07 AM