This is not a tutorial, you understand, it's just a response to a comment from someone who said they couldn't understand how the open squares were made on Hardanger work. The steps go like this: 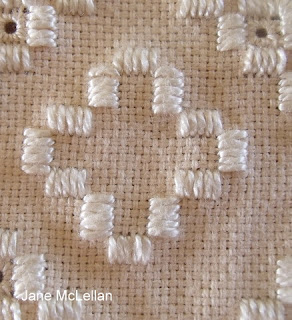 A 'frame' of satin stitch blocks (kloster blocks) is worked. 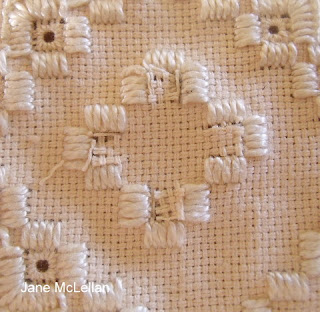 The fabric is cut. In truth my scissors are not sharp enough for the job. I did contemplate leaving the job until I could borrow a really good pair of scissors, but the bookmark must be handed in at the next meeting, so I've carried on regardless. 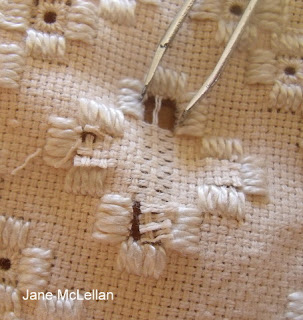 The fabric threads which have been cut at each end are removed with tweezers. 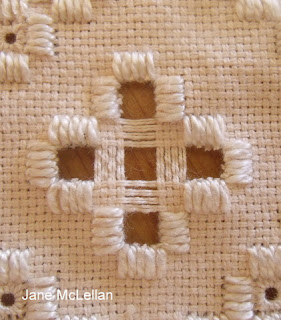 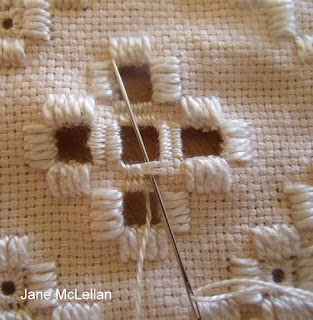 Using a finer thread than was used for the kloster blocks, needle weaving is done on that frame of thread to reinforce them and make a set of open squares. 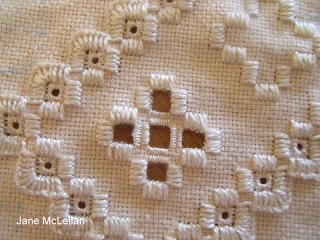 Posted by Jane McLellan at 2:24 AM