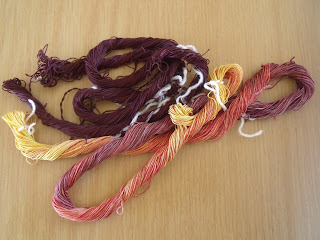 Yesterday I dyed some thread in preparation for tatting Gunhild's pattern Diana. I'm going to use the multicoloured thread, I just dyed the dark one to use up the left over dye. When it was dry, I rolled it onto a cardboard core. 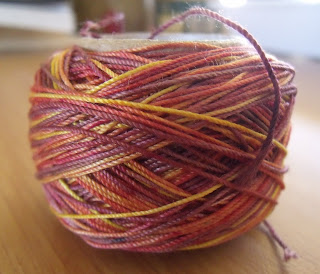 I did some practising of the techniques in the pattern (a good pattern, with clear explanations). One thing I had to remember was to make sure the shuttle and shuttle thread were out of the way before I closed the Single shuttle split ring. 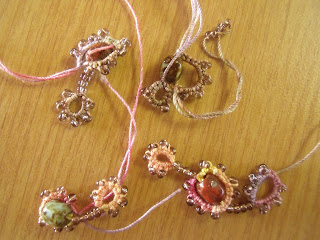 I slid beads onto the thread and wound it onto a Starlit shuttle. I simplified things for myself slightly by using seed beads of only one colour. I reckon that with a variegated thread, using different colour beads would be overkill. I tried to space the beads along the thread in small batches, but when I started tatting I found I had it wrong and had to keep unwinding and rewinding the shuttle too much. So last night I unwound it all and put the beads closer to the work in bigger groups. I'll see how that goes. 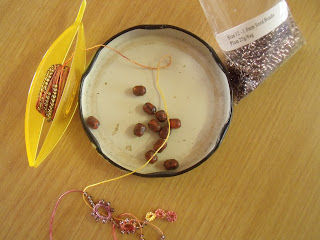