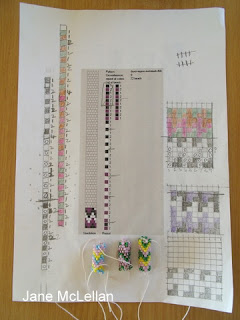 I decided to see if I could sort out the pattern that was faulty. (By the way, the link to the pattern on a Russian site no longer works, so perhaps the designer realised it's not a good pattern) I'm a beginner at beaded crochet, so this was rather rash. Patterns are tricky because what you see is not what you get. Beads are pushed slightly to the right as you work, so the grid that shows you which bead to put where doesn't look like the final result. A zig and a zag looks like this: 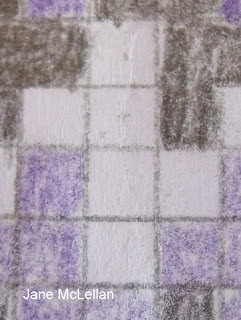 Anyway, I gave it a go. I started by drawing the pattern from scratch. Hmm. What happens is that at some point the repeats run into each other and you end up with 4 beads of a colour in a row, which disrupts the zigzag pattern: 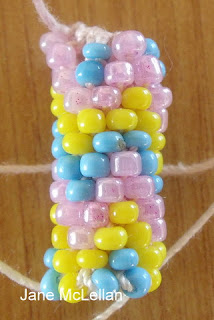 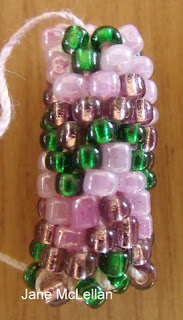 I revisited the original pattern and removed one row of the chart, so that the second repeat would follow on from the first. The designer has made adjustments to compensate for the effect I've described: 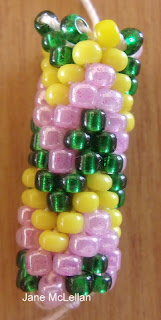 I don't like the look of that. I thought perhaps I could make the circumference 10 round instead of 9, but that doesn't begin to work. It's a fatal flaw. Or do you think you could carry on regardless? 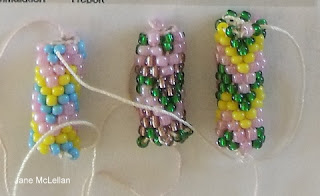 Posted by Jane McLellan at 1:07 AM