The other day, I opened my cutlery drawer and saw a mouse. Jack says I should've stabbed it with a knife, but what I actually did was to shriek and close the drawer. There's not much to eat in a cutlery drawer. I didn't think there was much to eat in the linen drawer below it either. But when I opened that drawer yesterday to get a clean tea towel, I discovered that said mouse had been munching on the tatted edging of my food cover: 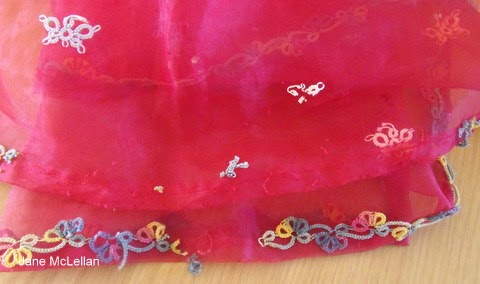 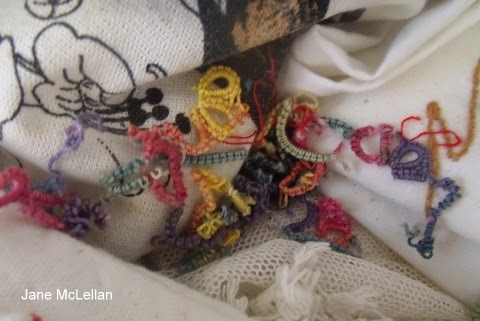 How annoying is that? I made the food cover seven years ago. I dyed the thread myself, but never imagined it was attractive to mice.

Three of the ducklings have been coming back now and then to get food, so that's good.
Posted by Jane McLellan at 12:45 AM