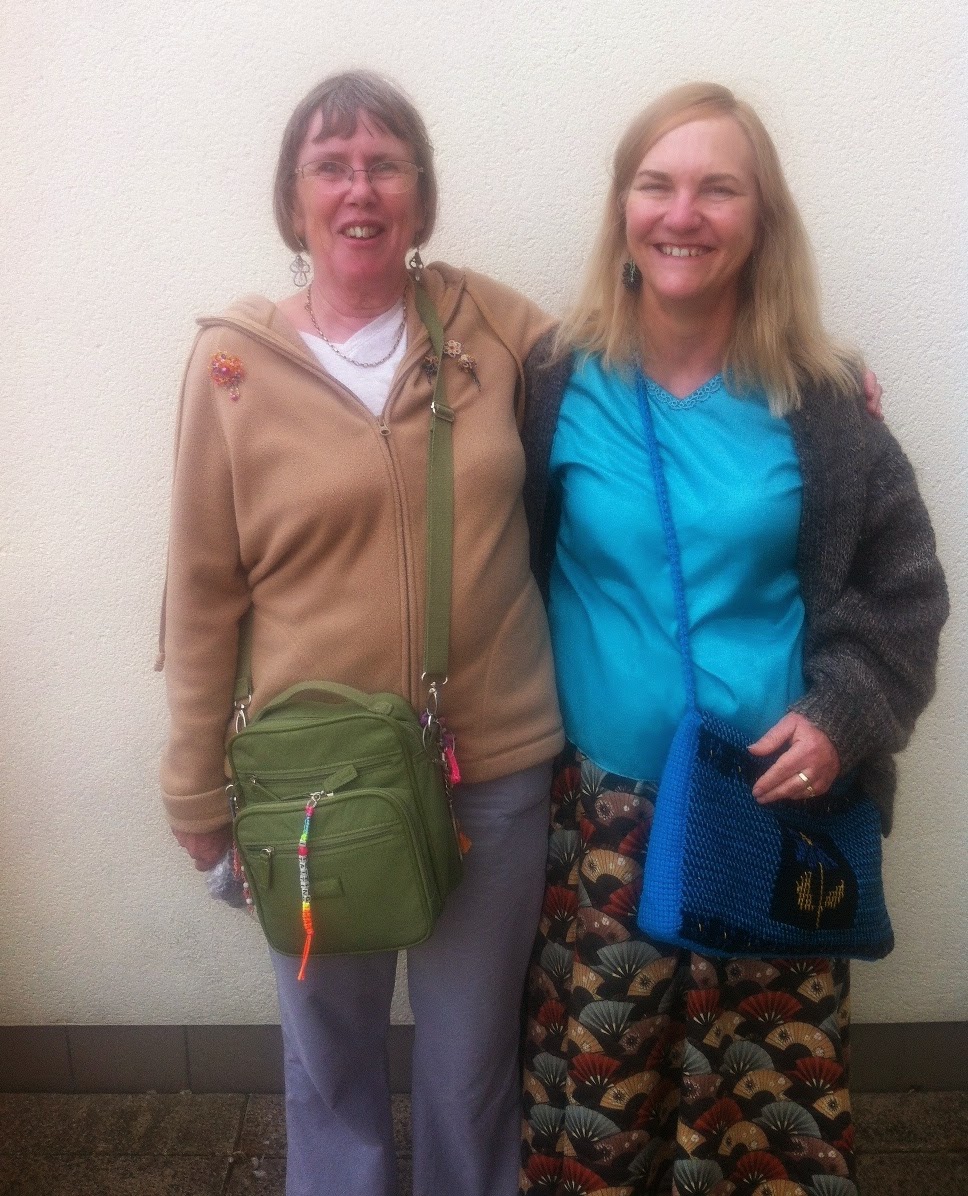 Well, the electricity has been restored and my son has given me instructions for transferring photos from my phone, so herewith a picture of Jane Eborall and I, taken in Stratford-upon-Avon, as promised.

Another tatting highlight of my trip was the arrival of this book: 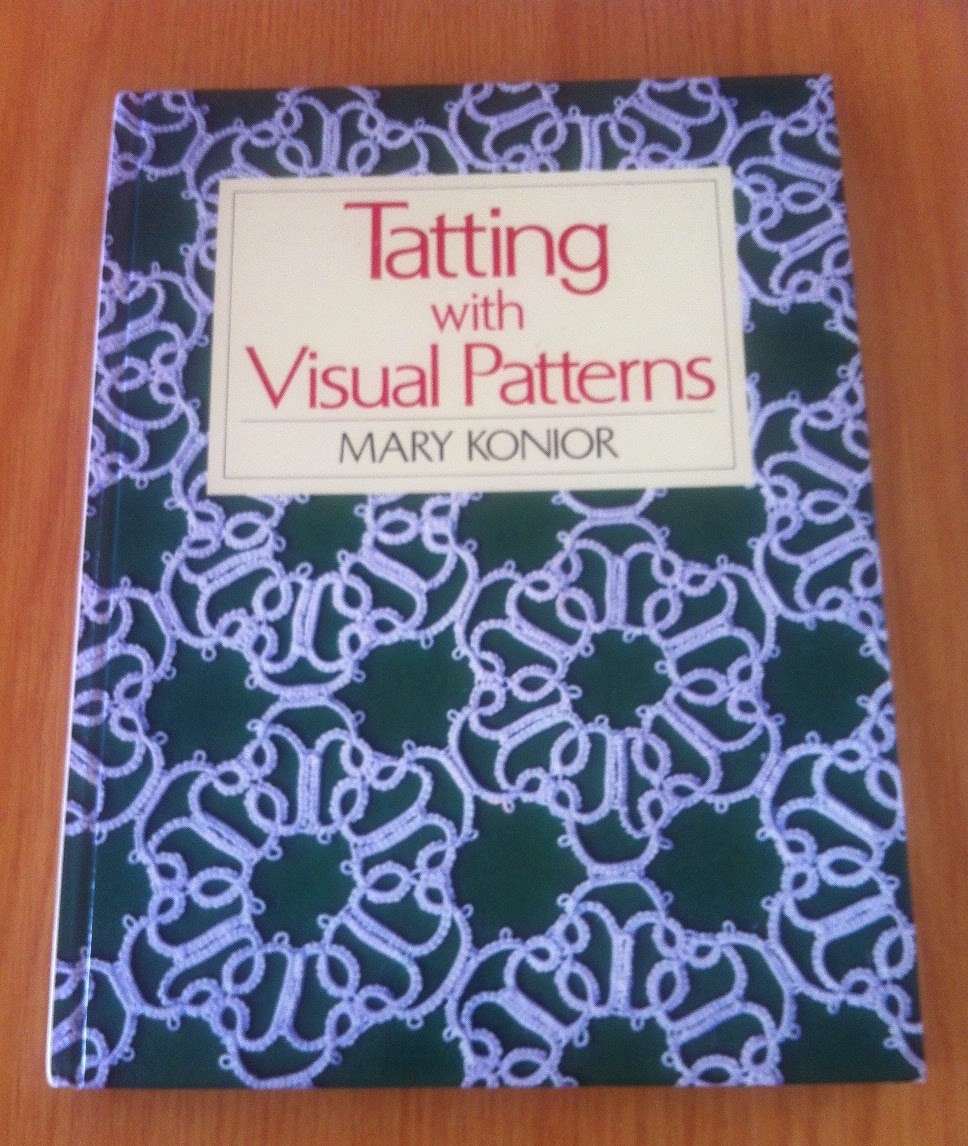 It would never have occurred to me to look for this book, but my sister-in-law noted how my face lit up when an image of it appeared on her computer screen, and then went to a lot of effort to get it for me. The book is second hand but in mint condition. I'm really looking forward to tatting the spinning wheel mat and other patterns that I have admired on tatters' blogs. Lucky, aren't I?
Posted by Jane McLellan at 5:06 AM