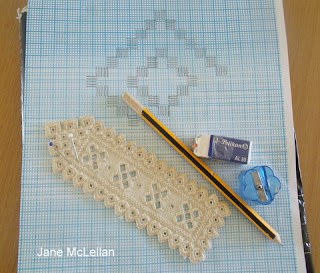 I'm working out the design of the Hardanger bookmark on graph paper. It's more difficult than I expected! This is not my first attempt. I started originally with the outer pointed part: 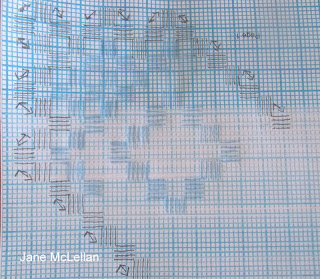 I realised eventually that my blocks are entirely wrong - they should be five stitches over four threads, I have four stitches over four threads. "Go around again," to quote Dr Seuss. I sent a message to Corlie, asking her whether I could start with the outer row. She replied that I could, but she would advise starting with the centre blocks. Right. I think I'll do more paper work before I begin. The temptation is to begin stitching at once, but it will surely be better to make sure it all works out on paper first.
Posted by Jane McLellan at 1:42 AM