I'll have to keep it! 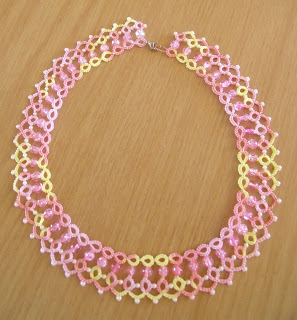 This was a project that should've been straightforward, but just wasn't. I won't bore you with all the things that went wrong, but the second-to-last straw was that it turned out the pink beads were not identical, there were a few that were smooth, not faceted. 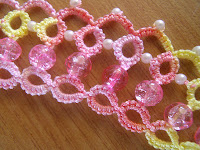 I could live with that. Then came the final straw - I broke a bead. Because of the way the necklace is constructed, there was no way to shorten the necklace at that stage. I've put in a bead that doesn't match. 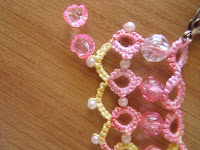 I can't sell a necklace with such an obvious flaw, which gives me a good excuse to hang onto Jess's wonderful sunrise thread! I'll wear the necklace to market and at least show it off, even if I can't sell it.

Posted by Jane McLellan at 4:44 AM