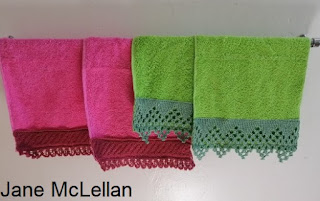 I've been working on hand towels, as I wanted something less expensive than the hooded towels on my market table. 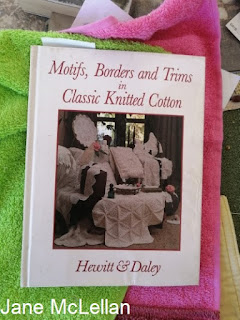 I bought this book many years ago, second hand and inexpensive because it has some water damage. It spent many years in storage and I've never really used it. So I thought I'd make knitted lace for the hand towels and use the book! 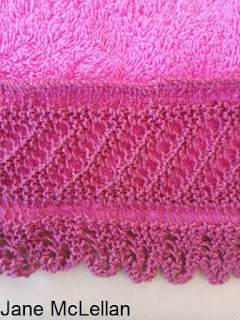 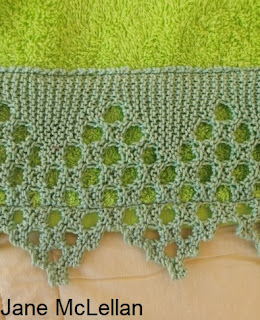 The green one is a very clever pattern. When I started reading the pattern  and it said 'cast off 3 stitches', I thought uh-oh, it's going to involve casting on stitches, which will mean constantly turning the work. No, not at all. To bridge the gap, a yarn over is done in the following row, and then knit one, purl one, knit one into the  yarn over on the row after that. So there's no turning in the middle of rows at all.

I sold the owl towl and the hippo on Saturday, before they even got to the market! A friend of mine bought them for her grandchildren. It may be just as well because a new lockdown was announced today and I don't know if there are going to be any markets for a while.

Posted by Jane McLellan at 3:09 AM