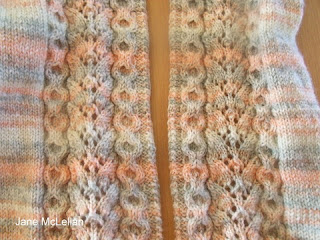 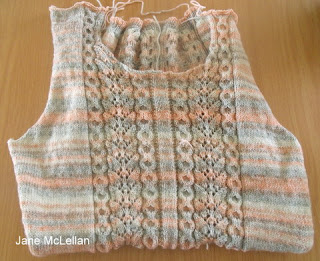 And then there were two.
Once I'd fastened the knitting on both sides, I made the first snip: 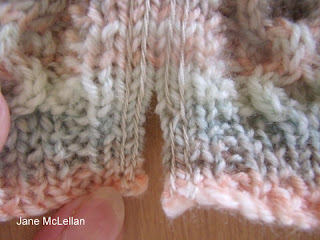 The die was cast, so on I went: 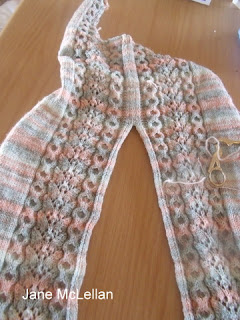 Right to the end: 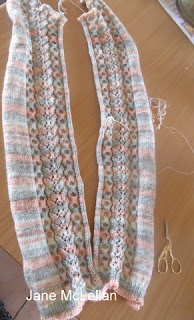 The next stage was to turn the edges in and sew them down. That caused more panic than the cutting. I was worried it wasn't going to be neat enough. But eventually I got the hang of it and I think it looks fine: 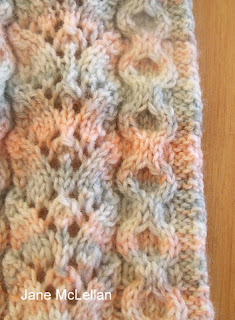 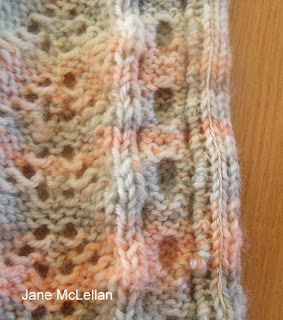 I'm hoping that once I've added the button bands, this stage will be more or less invisible.
Posted by Jane McLellan at 11:21 PM