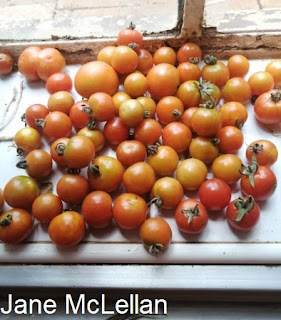 Keeping up with Jack's garden could become a full time job! He has a lot of cherry tomatoes at the moment, so I thought I'd make some jam. 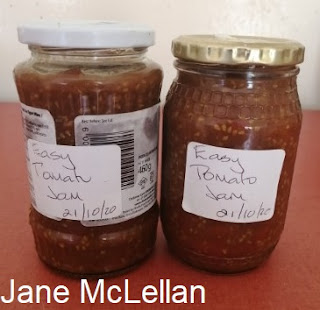 I used this recipe.  Another recipe that I'd looked at suggested squashing the little tomatoes as they cooked. I used a potato masher to do that, which worked really well. Two pounds of tomatoes made two jars of jam and I've managed to reduce the number of tomatoes lurking on the windowsill and in the fridge.

Posted by Jane McLellan at 2:04 AM